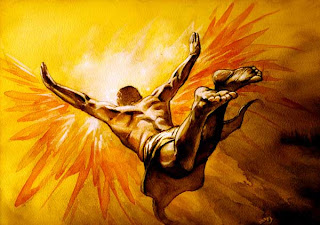 Bait is an oft-used tactic in Eve PvP and comes in various forms. Early last month some random guy in Adirain began trash talking in local when I declined to 1v1 him. I briefly mentioned this in my 'Settling In' post just after joining the Tuskers. This is one way of baiting people to fight you, by getting them riled up. It didn't work on me  but I did find his Thrasher sitting pretty on a planet which leads me onto another form of baiting:

The most traditional way - in my eyes at least - is the heavily-tanked, lone ship sat on a belt or a celestial patiently waiting for someone to pounce on what he thinks is an easy kill. Whenever I see a Maller on d-scan I always smile to myself and think "Haha, bait!" and ignore it. There's a pirate corporation in Old Man Star who like to leave a Punisher sat on the top belt and then warp in silly amounts of battlecruisers, ECM boats etc on anything that attacks it. I learnt that the hard way but it only took one lesson.

Fast forward to last night and I was out roaming with Tawa and one of the Sinners, Abellona. Initially we forayed into nullsec but after losing his Wolf to a Sabre with complimentary SUDDENLY FALCON! and Abe losing his Rifter to a bubble camp we decided to stick to lowsec and go up to Sinq Laison in our search for some pew pew.

Reshipping from a 0.0-fit Wolf to an active shield tanked Jaguar we made our way system to system towards Eggenhelde. Along the way we killed a Thorax and a Vexor, probed out by Tawa, but they were both young characters and stood no chance against our two Jags and Rifter. On both occasions pods were pointed and upon invite to the ransom channel both victims declined to pay up.I did get two amusing quotes to add to my bio:

Upon jumping into Egg we found it to be pretty quiet so I went through to Siseide and then on to Dal. A Catalyst caught my eye on d-scan and Abe and I set about scanning it down. Despite our best efforts it get bouncing from cluster to cluster and in the end I mentioned the idea over comms for Abe to sit on the sun as bait. I suggested Abe for two reasons: Firstly he was a Sinner and as such unaffiliated with the Tuskers so anyone who had the sense to check local wouldn't be wary of out ploy, and secondly lone Rifters are far more inviting than a Jaguar, at least to a T1 destroyer.

Checking local we noticed that the Cata pilot (who had warped in on belts as Abe was leaving and thus shown his identity) had a friendly corpmate in local. Tawa and I were confident we could handle anything they could throw at us in our uber-fit Jaguar (a fit I won't post until I've had chance to fully test it out).

Abe warped to the sun and minutes few passed before the Cata warped in. Despite being rail fit he landed quite close to the Sinners Rifter. Not long after announcing point, Abellona relayed that a Stabber piloted by the destroyers corpmate had landed on the sun as well and that he was starting to take a beating. I was already mid-warp when this unfolded and as soon as I was greeted by the fiery sight of Dals star I pointed the Catalyst and began unloading autocannon shells upon its hull. The destroyer disintegrated pretty quickly, especially with Tawa firing too.

When Tawa landed he pointed the Stabber while firing on the Catalyst so when it popped it was simply a case of applying dps. I was spamming d-scan furiously in between adjusting my orbit and watching the cruisers health bars. Stabber went pop soon enough and I offered a 'gfgf' in local. Abe had managed to escape in his Rifter and warped back to the sun to get some of the loot. We managed to point the Stabbers pod but our ransom wasn't accepted and he was sent back to the clone vat.

As we were wrapping up a Drake piloted by a FW pilot landed 60km from our position. Seeing local begin to fill up we bugged out quickly leaving some of the loot behind in the process. Nothing of great value was lost and it was a very, very good fight.