December: A Month of Firsts 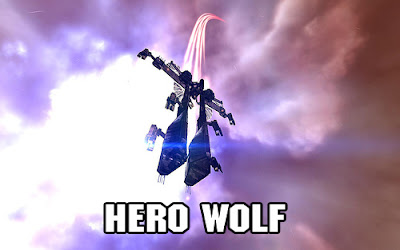 I'm aware I've not posted for a little over a month which was mainly due to the festive period and spending more time hanging out with friends not seen for a while rather than drafting posts or playing much. Then there was the whole "back to work" thing which sucks.

Anyway! December was a pretty awesome month as far as internet space ships are concerned. Overall stats are 29 kills (of which only 7 were solo :( ) and 2 losses. I did a fair amount of gang work and pairing up for most of my kills which isn't necessarily a bad thing - As a primarily solo artist I need to work on my fleet and teamwork skills so it's good.

My first kill of December was obliterating a newbie Talos. It was quite amusing at the time because I saw it on D-scan and as I was warping to the belt I casually thought "wtf is a Talos?". Showing info I realised it was one of the new Tier 3 battlecruisers but it was too late to turn back - I was in this battle to the death. Fortunately (or not if you look at it another way) the pilot had only been playing for a few months and had the bare minimum of skills to just about sit in a Talos, let alone fit it to a T2 tank and gank standard. Settling into a comfortable orbit my autocannons unleashed fiery fury and to my surprise (and no doubt due to the double shield and armour tank :3) it went down like a sack of potatoes. Not a very challenging kill but I spent some time chatting with the pilot afterwards suggested that he should only fly ships he could fit competently. He soon went on his way quite cheerily as I renamed my hardy Jaguar "Talosbane".

I then spent some time flying my Dram and comparing how it feels post-nerf. Truth be told I've not really flown enough to get a really experienced grasp and they're still awesomely fast and agile, in my eyes at least. Still, I tackled a 'Cane and Rupture for other Tuskers with heavy firepower to annihilate and popped a Hookbill that decided to cross my path.

Now this is where things get interesting. Tengu's are quite popular for all sorts of things within Eve. Mission running, WH stuffz, alt-boosting, running plexes etc. I'd also never killed one (you might remember me missing out by mere seconds on a Loki killmail when I had the most expensive Jag loss ever. So I was in Jove in my last Wolf hull when I saw a Tengu on  5 degree scan in a plex. I'm not entirely sure what came over me but before I knew it I was in warp and activating the gate. I landed about 130km from my target and began burning towards him with the speed of a thousand gazelles. I had a MWD fitting to this particular Wolf as it was my 0.0 roamer. It was certainly handy for this scenario! The Tengu didn't bother to target me until I was practically on top of him but by then it was too late; my guns were overheated, rocket launcher blasting away and my point was spinning furiously. Almost instantly the Tengu started redboxing and I was quite surprised at how much damage I was taking from his heavy missiles (quite probably due to no prop mod so I was a floating brick) and it didn't take long until my shields were down and my repper began doing some serious work.

Most people know about how much horrific damage a Wolf can put down for it's ship class and I was completely gobsmacked when I broke this Tengu's tank in such little time. I had RF EMP preloaded into my guns for maximum damage and his shields went down rather quickly. Not as quick as his armour though, hah! By this time I was deep into armour and despite my reppers best efforts it was clear this was going to be a tightly-fought battle. It was around this point that I called out on Vent that I had a Tengu pointed in Jov in a plex and the good Taurean said he was on his way in an interceptor to tackle in case I went down. A few moments later and in my adrenaline-filled haze I realised something quite extraordinary (for me at least):

And it wasn't my Wolf.

In a somewhat high-pitched voice I announced on comms that I'd solo'd a Tengu (and my first T3) in a Wolf. Cries of "wtf?" and congratulations came back at me and it was then that I noticed the rats were turning their attention to my ship which was spewing flames and black smoke into space. I then noticed that the local NPCs had scrammed my ship so I couldn't get out and I very quickly went down in a blaze of glory!

As I got my pod out of there as fast as possible, Taurean landed in his inty but soon succumbed to the rats as well. Checking the killmail I realised there was some nice loot that had dropped and Sule kindly offered to go in and grab it for me, along with the remnants of my Hero Wolf.

I would like to point out that despite what the killmail says the Tengu had nigh-on full shields when I engaged him so I consider it to be quite an epic kill. I ended up selling the MWD for 130mil which was quite a nice sum. If only the faction BCS' had dropped too!

Realising how long this post has gone on for I'll cut it short and save my first carrier kill for the next instalment of CtBF!