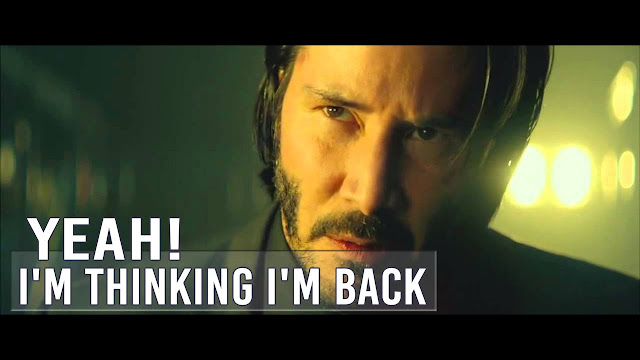 I've been zooming around New Eden again for just under 3 weeks now and in the words of John Wick, I'm thinking I'm back. Despite having forgotten how exhilarating Eve PvP is I'm hooked back into it again. Since being back in lowsec I've clocked up 121 kills and lost 27 ships which isn't bad going. Granted, a bunch of those kills were newbie pilots who inadvertently ventured into lowsec a couple of days into their Eve journey but I need to get myself down to -10 sec status and a kill is a kill right?

All those years ago when I first started this blog I used it to document my journey from being a fledgling capsuleer to a lowsec pirate. It's quite funny looking back at some of the old posts and seeing how I thought I was doing or spotting obvious newbie mistakes that we've all made. Well now that I (sort of) know what I'm doing there's not much more progress to catalogue. At this point you might think that Chasing the Blue Flash has run its course like so many gaming related journals do but I enjoy writing about my time in Eve so I'll be keeping it going.

Posts now will be on a wider breadth of subjects other than "this is what I killed this week". Sure, interesting kills will still feature but I'll be doing spotlights on my favourite lowsec fits, good destinations to roam around lowsec and other topics that will become apparent when I either think of them or steal ideas from other authors.

To kick things off, I solo'd two Praxis today. Neither were particularly well fit but I didn't know that until I warped in and made them explode. I initially saw them on d-scan whilst warping around Hevrice looking for FW pilots to shoot at. Narrowing them down to an area of space I reshipped into my cloaky Loki and dropped combat probes, hoping that neither pilots would be pinging d-scan and get spooked. I got a full hit on my first scan so instantly brought probes in and warped to their location and jumped through the accel gate.

I landed at 0 on one of the Praxis and the other was a good 40km away. I instantly tackled the one I was bumping hulls with and settled into an easy orbit, slinging missiles its way. I was hugely surprised that the other Praxis stayed on grid and didn't warp off to save his own skin. Even with both battleships engaging me they barely did any damage - I think their drones did most of the work. I think I had to cycle my XLASB maybe twice the entire fight.

After the first Praxis went down I snagged his pod which didn't have anything exciting in and then tackled the remaining battleship. That one went down pretty quickly too and this one had an Incursus in it's escape bay, which also exploded.

Shortly after the skirmish both pilots convo'd me. I was expecting the vitriol that normally accompanies such kills but was pleasantly surprised to find both pilots congratulated me on killing them so hats off to both of them for taking it in their stride!

Strigon Team are still on the lookout for lowsec PvPers. If you're interested in joining or want to know me, join the public channel - Strigon Team Public.